Nick Webb marches on with yet another first round KO

Nick Webb marches on with yet another first round KO

Nick 'Wild' Webb (5-0) continued his meteoric rise though the heavyweight rankings with yet another first round stoppage, totaling five in five so far. The 28-year-old prospect from Chertsey, Surrey halted former Hungarian national champion Zoltan Csala (9-5) on March 26th with just 79 seconds on the clock at The SSE Arena, Wembley on Spike TV. The Hennessy Sports promoted show featured the headlining fight between British middleweight champion Nicky Blackwell and challenger Chris Eubank Jr., live on Channel 5, which saw Brighton banger Eubank crowned the new champion while Blackwell was stretchered out of the arena to receive medical attention in hospital. The former Hungarian national champion certainly came to have a go, looking very lively in the opening moments, trying to take the fight to the home corner but it wasn't long before he was forced back. Webb won the initial exchanges, Csala tucking up before coming back with his own shots but nothing really landing, just hitting air and forcing the home fighter to take the defensive, relieving the pressure on himself momentarily.   Then, at a minute into the four-round contest, Webb used his jab hand to line up a bone-crunching uppercut which caused the 38-year-old Hungarian to double over holding his nose.   Webb looked unsure on what to do briefly as Csala looked set to go down but then remained on his feet. Referee Terry O’Connor stepped in-between to give a standing eight-count and on seeing the foreign import still propped up by the ropes, rightfully waved off the fight. Webb, 28-years-old, now has five first round KO’s on his perfect record, managed by former World heavyweight title contender – Scott Welch. The former ABA champion has served less than six minutes in the ring to gain all five of his victories in the paid ranks. Webb already has his next outing booked for May 21st at The O2 Arena in London on Haye Day II. “I’m all about big shows,” enthused the heavy-hitter. “I’m supposed to be on the big stage. I’ve got the O2 show to look forward to next; I just need to make it the ‘Nick Webb show’.” He continued, “With me being on the big shows means that more people are going to see me and take notice, and obviously it helps being a heavyweight and that I’m knocking everyone out in the first round.” 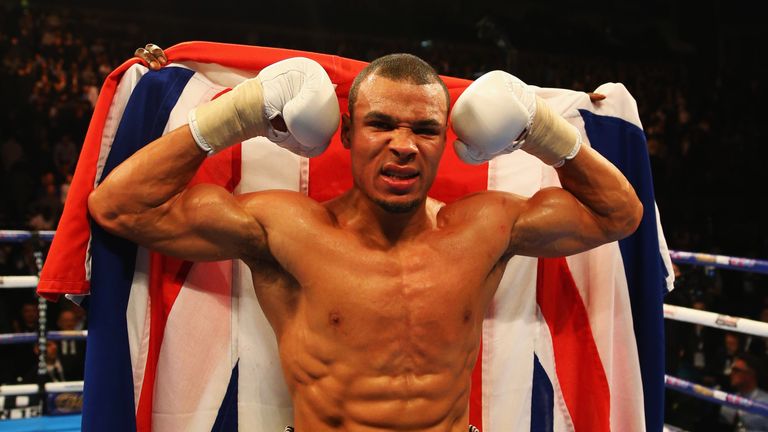 Chris Eubank Jr. stopped Nick Blackwell in the 10th round to win the British middleweight title in the main event. Eubank Jr produced a dominant display and came close to forcing a stoppage on more than one occasion before the referee waved the fight off after seeking advice from the ringside doctor on the swelling to Blackwell's left eye, which looked horrendous. Blackwell was later taken to hospital after being carried away from the ring on a stretcher while receiving oxygen. The delayed heavyweight fight between Hughie Fury and Dominick Guinn (35-1-1) resulted in a unanimous decision for the Brit, who moved up to 19-0, winning every round in the process. The fight was meant to have been televised but Blackwell's extended medical treatment caused a huge delay and the cameras had all gone home by that time, as had the ring card girls but fortunately cousin Tyson was able to step in and fill their shoes instead.