Nick Webb: I’m coming for all the belts!

Nick Webb: I’m coming for all the belts!

Nick Webb hints at next fight date and claims, "I’m coming for all the belts!"

Last year, ‘Wild’ Webb was made the mandatory challenger to fight for the vacant English heavyweight title against Nathan Gorman (12-0), only for the 21-year-old to pull out and face German-based Russian Mohamed Soltby (13-0) for the WBC International Silver belt instead, which he won via fifth-round TKO.

The 30-year-old was left frustrated with the news of the withdrawal just weeks before the fight after an expensive training camp to prepare fully for his first title shot.

“I was really annoyed they pulled out because you put your own money and time into camps, make sacrifices, like it was my 30th birthday a month before and obviously I sacrificed that, I actually trained and sparred on my 30th birthday!

“If I was training to fight someone for over two months I would go for the fight I was supposed to be fighting. I can see why they done it but I, personally, wouldn’t have done it.”

Still occupying a mandatory position for the English title, another potential opponent for Webb was subsequently announced by the British Boxing Board of Control in heavyweight sensation ‘Dynamite’ Daniel Dubois (7-0).

“I was all up for the Dubois fight then he pulled out of purse bids the day before the deadline was due. That annoyed me as well because why leave it so late? I don’t really get that.”

The Chertsey-based boxer managed to put all those obstructions aside to come back from the ‘annus horribilis’ with a bang in February when he knocked out Croatian Ante Verunica (3-5-1) at the O2 in the second-round on the undercard of Lawrence Okolie’s WBA Continental cruiserweight title win over Isaac Chamberlain, live on Sky Sports. 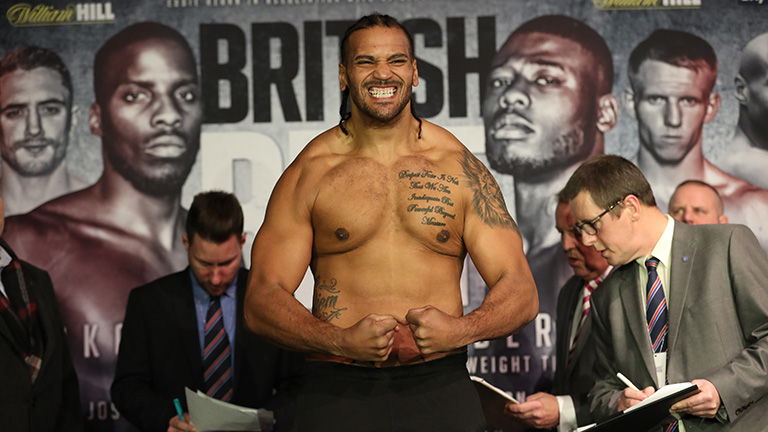 Then, he received a welcomed boost to his professional boxing career from local entrepreneur and investor Scott Livingston of Westlab, who plans to back the heavy-handed heavyweight financially as well as with the brand’s premium products that aid recovery from training.

“It’s great to have Westlab backing me, their products are great for recovery, I can really feel the difference,” he enthused.

Inspired by his grandad, the 6’5” Surrey-based athlete started boxing late, aged 20, but quickly raced to a total of 27 amateur fights, reaching the ABA finals.

After losing to Joe Joyce in the 2014 ABA semi-finals, Webb made the choice to sign pro contracts with Hall of Fame promoter Frank Warren, a partnership which only lasted a year.

With just three fights under his belt, Webb became a free agent and subsequently free to box on any shows, which he took full advantage of by appearing on Hayemaker Promotions, Cyclone Promotions, Hennessey Sports and Matchroom Boxing events, amongst others.

“I think it might be a bit better to be a free agent,” he pondered. “You are free to fight on anyone’s show, so it’s good to have that freedom.”

The English title is still a possibility for Webb, who now trains at Guildford City Gym, despite Daniel Dubois and Tom Little (10-5) meeting for the vacant strap on June 23.

“I’m still looking for the English title, but I won’t hang around forever,” he said. “I’m looking at fighting in July next.